EU/UNESCO UGANDA FILM PROJECT
The Government of Uganda, through the Ministry of Gender, Labour and Social Development (MGLSD), has partnered with UNESCO and the European Union in a joint project aimed at supporting the development of the local film industry.
The March 2020–June 2021 project is entitled “Creating Measures to Provide a Tax Incentive and Encourage Formation of and Coordination among Professional Associations Aimed at Supporting Local Content Development and Professionalization of the Film Sector in Uganda.“
It will involve wide-reaching multi-stakeholder consultations culminating into the development and implementation of a number of strategic measures aimed at addressing the major challenges within Uganda’s emerging film sub-sector.
Speaking at the project’s official launch in September 2020, the Minister for Gender, Labour and Social Development, Frank Tumwebaze, said the project was a timely effort towards achieving government’s plans for the culture and creative industry following the sector’s prioritisation in the 2020/21-2024/25 National Development Plan (NDPIII).
The Uganda project is part of a bigger collaborative initiative between UNESCO and the EU to strengthen cultural policy in 12 developing countries across the world. 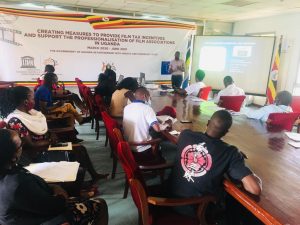 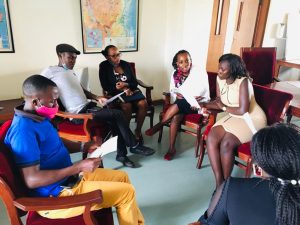 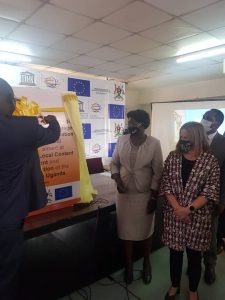 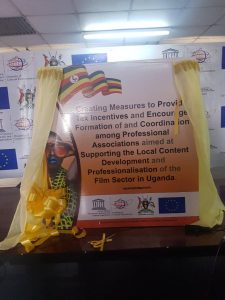